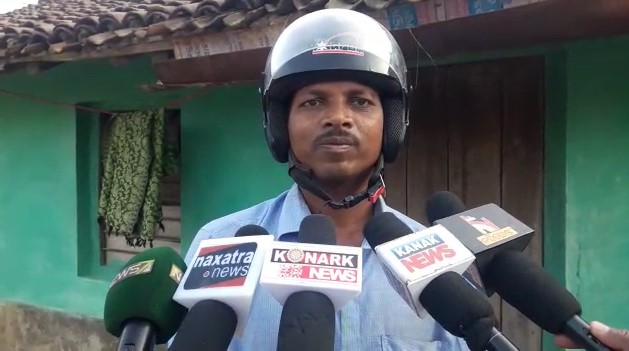 Nabarangpur: In one more case of faulty challan being issued against traffic violators in Odisha, a farmer of Nabarangpur district has been  fined Rs 1,000 for riding a two-wheeler without wearing seat belt.

What is more shocking is that Puran Pujari, a resident of Kantasaru village under Papadahandi block in the district, was issued the challan against his two-wheeler (TVS XL) bearing registration number-OD24 B7946 for violating traffic rules in Kalahandi district.

Reportedly, Pujar was appalled to see the text message received from Kalahandi police on December 2 as he did not travel anywhere and was working in his farmland on the date mentioned in challan. Moreover, he alleged that neither he has traveled to Kalahandi ever before, nor anyone in his circle had borrowed his vehicle for visiting the district.

Terming the challan as faulty, Pujari refused to pay the penalty and said, “I am a farmer. I was irrigating my farmland the day the challan has been issued. I would have given the fine had I committed any kind of traffic violation.”

Pujari’s father said, “My son has been fined without committing any blunder. We are not going to pay the amount. Let the police do what they want after it because Rs 1,000 is not a small amount for us. We earn this amount of money after working for 10 to 15 days.”