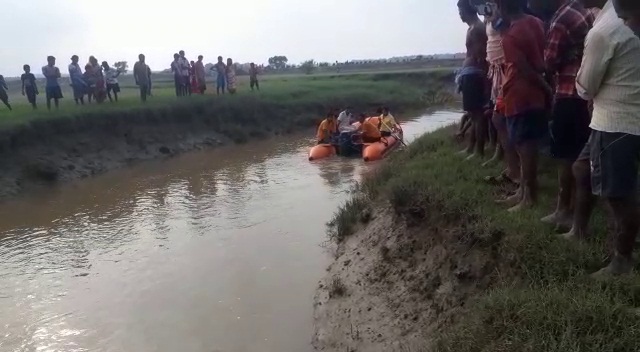 Balasore: In an unfortunate incident, body of a liquor trader was recovered from Kantiachira river in Odisha’s Balasore district today, a day after he jumped into the river fearing apprehension by Excise officials.

The deceased has been identified as Sapan Majhi of Srijang village under Khantapada police limits in the district.

According to reports, the Excise officials, acting on a tip-off, chased four country liquor traders, including Sapan, who were travelling on motorcycles carrying liquor in the evening.

While the officials nabbed three of them, Sapan jumped into the water body to evade arrest. However, he went missing in the river and was untraceable.

Fire Services personnel, who had launched a search operation yesterday, found the body of Sapan this morning.