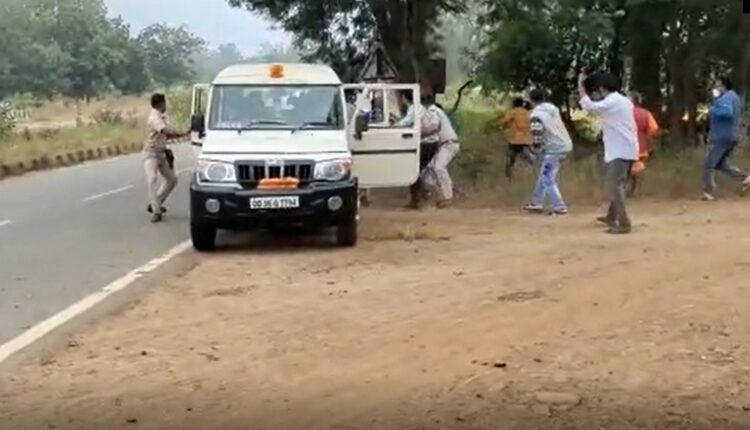 Bargarh: Egg attack on leaders of ruling BJD over schoolteacher Mamita Meher murder case continues in Odisha with another Minister and an MLA coming under similar attack at separate places in Bargarh district today.

When SC and ST Development Minister Jagannath Saraka was on his way to attend the CM programme for distribution of Biju Swasthya Kalyan Yojana (BSKY) smart health cards at Paikamala Chhak, the protesters hurled eggs at his vehicle.

Atabira MLA Snehangini Chhuria also faced similar attack by Congress workers at Ekamra Chhak here when she was on the way to Bijepur to join the event.

On the other hand, several BJP workers, including State Yuva Morcha President Irasish Acharya  were taken into preventive custody in Padmapur ahead of the Chief Minister’s visit.

Earlier on November 11,members of Bharatiya Janata Yuva Morcha (BJYM) waved black flags at Steel and Mines Minister Prafulla Mallick in Keonjhar district when he was on  his way to attend the District Planning Board meeting. in Baripada of Mayurbhanj district, BJP workers hurled eggs at police after they were stopped from forcefully entering the SP office by breaking the barricades.