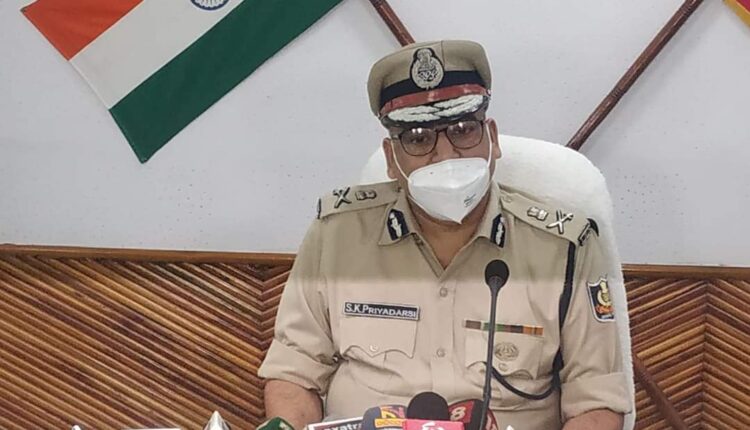 At a presser here, the CB ADG informed that six persons had transferred money to bank accounts of  Pradeep Panigrahi and his close associates after being assured of jobs in Tata Motors. Of the six complainants, two had transferred money directly to the bank account of Pradeep Panigrahi and four to the accounts of his close associates.

It is pertinent to mention here that Akash Pathak, who was scheduled to marry the daughter of Panigrahi, has cheated many job aspirants by impersonating himself as the Managing Director (MD) In-charge of Tata Motors Limited, he said.

The ADG reiterated that the sate Vigilance had arrested Additional PCCF Abhay Pathak and his son Akash on charges of acquisition and possession of disproportionate assets. Akash is the main accused in a fraud case lodged with CID CB on September 23 this year and the investigating agency has taken him on a five-day remand for interrogation. A case was registered against him under Sections 419, 420, 467, 468, 469 and 471 of the IPC and Sections 66C and  66D  of IT Act.

“During investigation by Cyber Police Station of the CID CB, it is found that Akash had used fake logo and stamp of Tata Motors and also created fake email ID and visiting card to impersonate himself as the MD of the company. He was issuing fake job letters to gullible job aspirants after collecting money from them through Panigrahi and his close associates. Pathak had also started online training classes for such job aspirants,” said the CB ADG.

Akash’s personal secretary David Peter was also interrogated in this connection and it was revealed that many other job aspirants have been cheated after giving huge amount of money to Akash Pathak, Pardeep Panigrahi and his associates on assurance of jobs in Tata Motors.

The Gopalpur MLA along with his associates have cheated several aspirants on job pretext saying that his son-in-law to-be works with Tata Motors, the ADG added requesting all those who have paid money to Akash Pathak and Pradeep Panigrahi for jobs to come out and report so that strong action can be taken as per law.

Online Covid calculator will tell who must get vaccines first