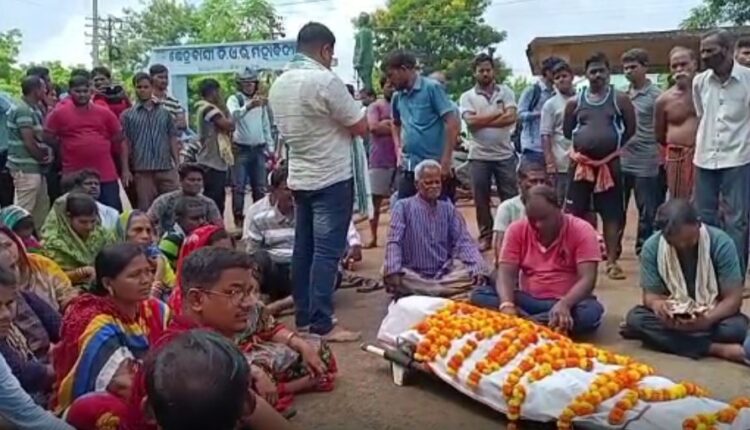 Placing the body on road, the kin of the deceased blocked Khordha-Puri New Jagannath Sadak demanding compensation. Movement of vehicles was affected due to the incident as police reached the spot to pacify them.

Earlier in the day, the body reached her village Pandavpatna in Khordha district, following which tension ran high as the villagers staged protest and resorted to road blockade.

Saying that Swagatika was the sole bread earner of the family after the death of her father, the locals demanded job for one of the family members and pension for her mother.

The dharna caused delay in the post-mortem of the body as the autopsy was carried out after withdrawal of the sit-in last night.

Holding Sabar responsible for the death, the family members also demanded her dismissal from police service.

Mother and brother of the deceased had met G Udayagiri SDPO and filed an FIR alleging that Sabar was torturing Swagatika mentally, for which she took the extreme step of killing her by hanging herself.

“The IIC used to scold her frequently. Swagatika had told us about the matter over telephone. She was also saying that being unable to bear the torture, she would leave the job,” they alleged.

Swagatika was staying alone in her quarters in G Udayagiri. She was posted at G Udayagiri police station, one-and-a-half years ago.

Her neighbours found her hanging from a ceiling with a scarf around her neck. A case of unnatural death was registered in this connection.