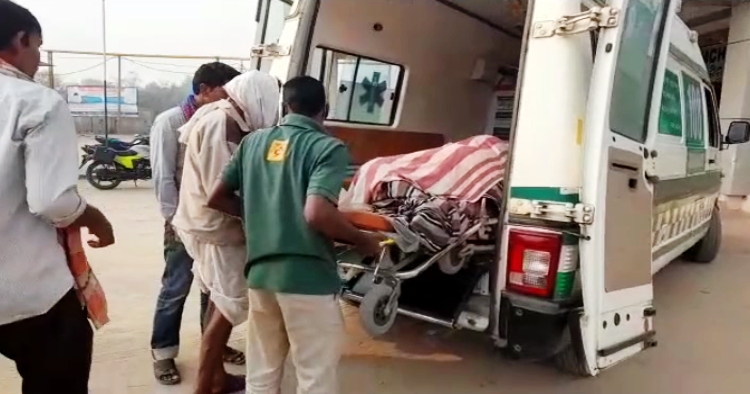 Nuapada: A Sarpanch candidate of Sunarisikuan Panchayat under Khadial block in Nuapada district was found in unconscious state with his hands and legs tied in the nearby locality this morning.

The contestant, Chulamani Baitharu, was  missing since last night. Early this morning, some villagers found him in unconscious state with his hand and legs tied with rope. He also had injury marks on his head and hands. Soon after, Chulamani was admitted to Khadial Sub-Divisional Hospital for treatment.

It is suspected that he was attacked by  some miscreants over political rivalry.

Earlier yesterday, the husband of a Samiti member candidate of Sankulei Panchayat in Dhenkanal district was rescued in unconscious state from a farmland near Bajichowk under Town police limits.

Chinmay Das, the husband of Samiti member candidate Bharati Rath, had gone missing since the night of February 16. After being rescued, he was admitted to the District Headquarters Hospital (DHH) in critical condition.

Sarpanch among 91 persons test positive for COVID-19 in…