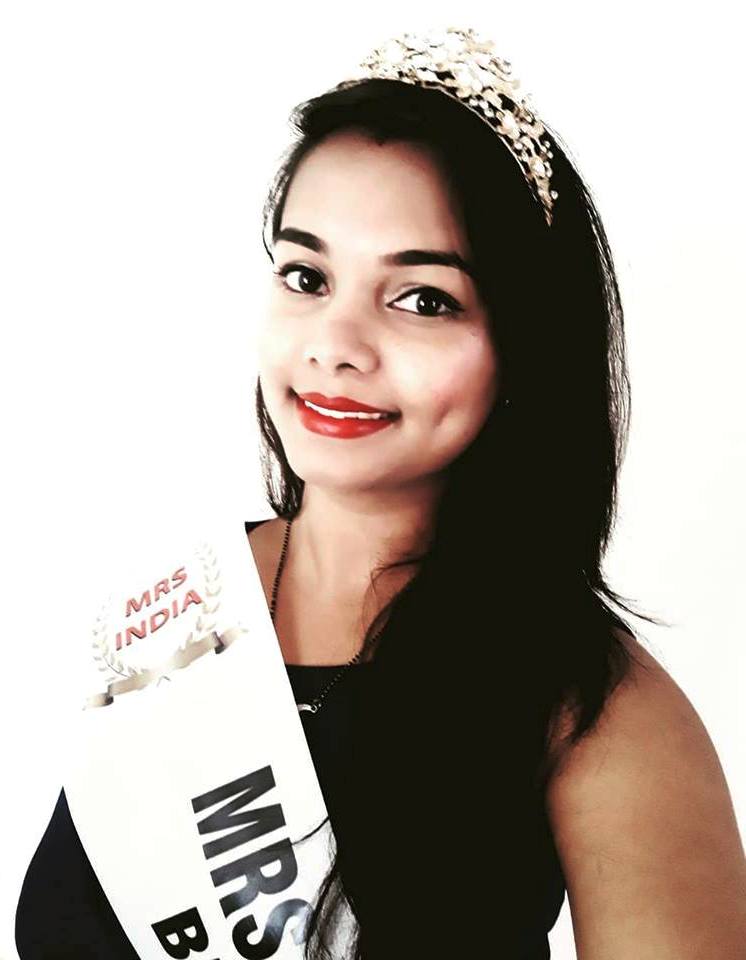 She bagged the title in the final round beating other participants in the beauty contest organised by the India Fashion Fiesta (IFF).

Born and brought up in Sunabeda, Sneha pursued her diploma course in fashion designing in Bengaluru after completing B.Com in Mumbai and schooling from HAL in Sunabeda. She gives entire credit to her husband and parents for success.

“I had never expected to win the title in Mrs India beauty contest. It was a tough competition for me. I was selected out of 3,600 participants in an audition for the Best 32 round. I was among top five contestants in the final round held at a resort in Rajasthan,” Sneha said.

“In fact, I had no plan to participate in the beauty pageant. One of my Facebook friends suggested me to try the luck in the event. As I had interest in fashion and modeling, I gave audition for the beauty pageant,” she added.

Sneha had also worked as the costume designer in an Odia film ‘2014 Fear of the Year’, which was later dubbed into Telugu titled as ‘Pramadam Chavu 100%’.