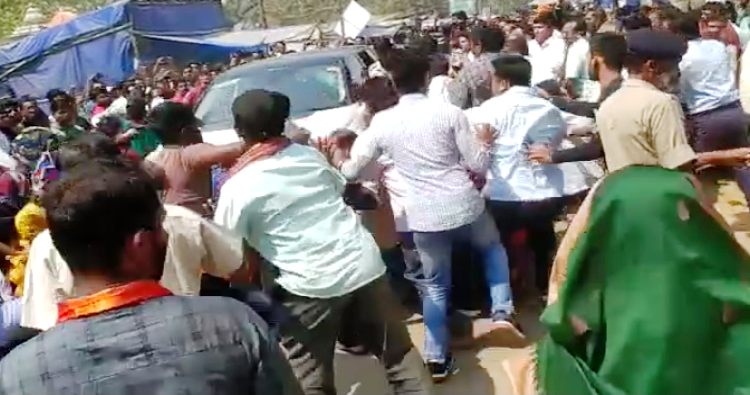 Terming the incident as gut-wrenching and a blot on the democracy of the country,  BJD Spokesperson Sasmit Patra said strong legal action should me taken against the legislator. He was suspended from the ruling party last year for his such kind of activities in the past.

“Biju Janata Dal strongly condemns this barbaric act by the Chilika MLA. Violence has no place in democracy and such a violent act is shocking and unfortunate. We are sure that the police and administration will take the strongest action against the accused as per law. For his such acts, he was suspended from the BJD,” Patra said in an official statement.

“We pray for the speedy recovery of the injured in this incident,” he added.

BJD Vice-President Debi Prasad Mishra said, “violent activities are not acceptable in democracy, be it done by a common man or a political leader. All political parties should condemn such incident.”

Earlier in the day, Jagdev allegedly ploughed his vehicle into a crowd near Banpur block office in Khordha district injuring over two dozens of people, including police personnel and workers of BJP and BJD. The incident took place when he was on is way to Banpur in his SUV for election to the post of block chairman post.

Anguished over the incident, locals made a murderous attack on the legislator leaving with a severe head injury. The mob also vandalized his vehicle.