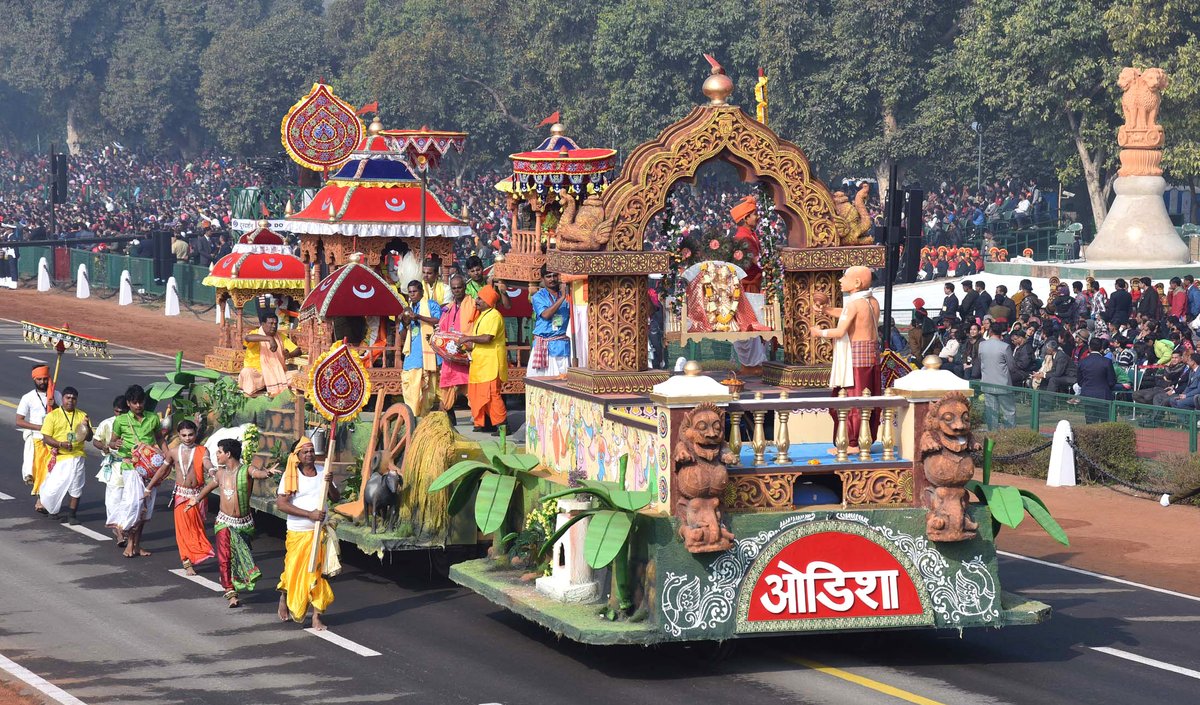 Odisha showcased the rich Dola Yatra of the state through its tableau during the 68th Republic Day parade on Rajpath in New Delhi today.

The tableau portrayed the rituals and traditions related to the famous Dola Yatra celebrated during Holi festival on Falguna Dashami before full moon day between February-March.

Notably, a 16-member selection committee of the Ministry of Defence had approved Odisha’s proposal which has been sponsored by the State I&PR department.

The design of the tableau was prepared by a team of artisans namely Gajendra Sahu, Chhatrapati Biswal and Baladeba Maharatha of Bibhuti Kanungo College of Arts and Crafts, Bhubaneswar in association with Pradyumna Dash, senior designer of State I&PR department.