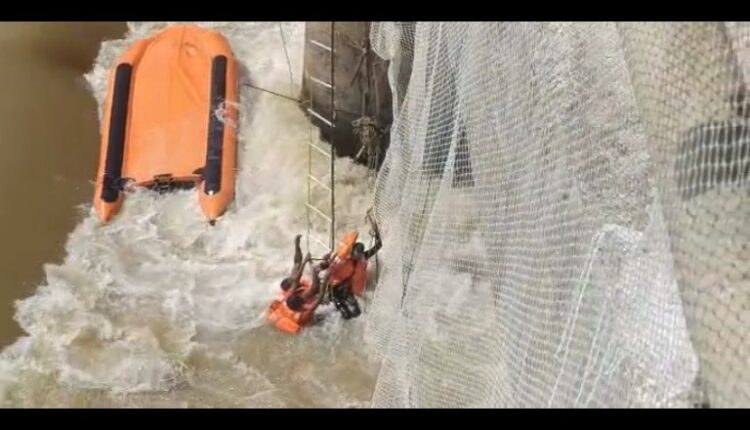 Cuttack: An Odisha Disaster Rapid Action Force (ODRAF) personnel, who was engaged in rescuing an elephant stuck in Mahanadi river near Mundali barrage here, died after a boat used by the ODRAF team during the rescue operation capsized in the water body due to strong current.

The deceased, identified as Sitaram Murmu (35), went missing after the tragedy, yesterday. After several hours of search operation, his body was found and fished out of the river at Kakhadi area of Athagarh in Cuttack district today.

Earlier in the day, Arindam Das, senior reporter of leading regional news channel OTV, who accompanied the ODRAF team, was rescued following the boat capsize incident and taken to the SCB Medical College & Hospital, where he was declared brought dead.

Pravat Sinha, a cameraman of the channel, who was also present on the boat, was rescued and admitted to the hospital in a critical condition. Till last reports came in, he was undergoing treatment in the ICU.

The operation was launched after the elephant was spotted in deep water near the barrage, this morning. The tusker was reportedly swept away while crossing Mahanadi river at Athagarh in the wee hours.