Over 90% deaths in developing countries due to extreme conditions, claims WMO 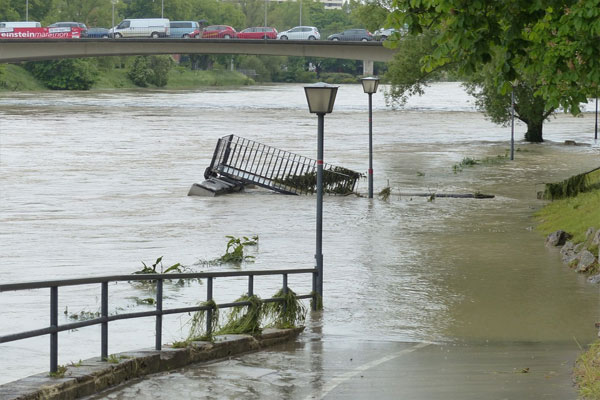 New Delhi: A disaster related to weather, climate or water hazard occurred every day on an average over the past 50 years — killing 115 people and causing $202 million in losses daily, a new report by the World Meteorological Organization (WMO) said on Wednesday.

The number of disasters has increased by a factor of five over the past 50-year period, driven by climate change, more extreme weather conditions and improved reporting. But thanks to improved early warnings and disaster management, the number of deaths decreased by almost three-fold, according to the ‘WMO Atlas of Mortality and Economic Losses from Weather, Climate and Water Extremes (1970-2019)’.

There were more than 11,000 reported disasters attributed to these hazards globally, with just over 2 million deaths and $3.64 trillion in losses.

In Asia, 3,454 disasters were recorded from 1970-2019, with 9,75,622 lives lost and $1.2 trillion in reported economic damages. Asia accounts for nearly one-third (31 percent) of weather, climate and water-related disasters reported globally, accounting for nearly half of the deaths (47 percent) and one-third (31 percent) of associated economic losses. Most of these disasters were associated with floods (45 percent) and storms (36 percent).

Storms had the highest impacts on life, causing 72 percent of the lives lost, while floods led to the greatest economic losses (57 percent).

WMO secretary-general Petteri Taalas said, “Economic losses are mounting as exposure increases. But, behind the stark statistics lies a message of hope. Improved multi-hazard early warning systems have led to a significant reduction in mortality. Quite simply, we are better than ever before at saving lives,” Taalas said.

The report is the most comprehensive review of mortality and economic losses from weather, water and climate extremes to date. It assesses the entire 50-year period as well as by individual decade, the WMO said.

More than 91 percent of these deaths occurred in developing countries (using the United Nations country classification). Of the top 10 disasters, the hazards that led to the largest human losses during the period have been droughts (6,50,000 deaths), storms (5,77,232 deaths), floods (58 700 deaths) and extreme temperature (55,736 deaths).

Storms were the most prevalent cause of damage, resulting in the largest economic losses around the globe. It is the sole hazard for which the attributed portion is continually increasing, the WMO release said.