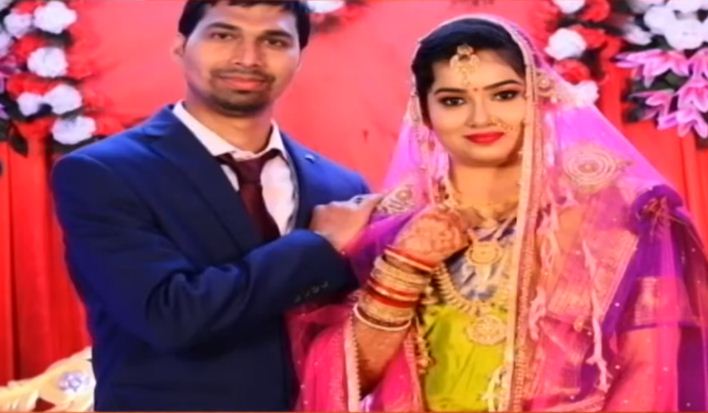 “After the marriage, my son took his wife along with him to Paralakhemundi but soon thereafter, we started getting calls from our son regarding his troubled marital life. My son also revealed to me about the illicit relationship between his wife and Gajapati DFO Sangram Keshari Behera. The DFO used to come to the house of my son and further used to put my son on night duties to facilitate his affair with my daughter-in-law,” said Abhiram Mohapatra in the letter.

“One month before the death of my son, he informed me that he was being threatened by his wife, the DFO and his cook and on 12.07.2021, I received the news of my son being burnt alive,” he wrote.

“The death of my son was not a mere accident but a result of a well-planned conspiracy by my daughter-in-law, the DFO and the cook,” he alleged.

While a case has been registered against the three accused by the Paralakhemundi police on the basis of a complaint lodged by Abhiram Mohapatra, he today urged the PCCF to transfer the DFO to ensure a free and fair investigation of the case.

“I apprehend that the DFO being a high ranking government official wielding substantial influence in the area, there is every chance of him meddling in the investigation. Also, a crime of this nature could not have been done without the know-how of anyone or the employees of the department who may not come forward in fear of the DFO. Further, the DFO being directly connected with the crime, it is reasonable that he should not be present in the vicinity of the crime in any manner to rule out any tinkering with the evidence and therefore,” he mentioned in the letter.

The mystery behind the death of the ACF deepened further as an unsigned agreement paper between the deceased and his wife Bidyabharati Panda, which was prepared couple of days before his demise, has surfaced.

As per the agreement dated July 9, 2021, the photocopy of which has been provided by police to the family members of Mohapatra, the ACF was to transfer the possession of his salary and properties to his wife.

“I would like to declare that all the property along with the salary what I have now and what property I will acquire in the future belongs to my wife Bidyabharati Panda. From July 9, 2021 onwards, she will be the owner of the properties and salaries,” the agreement read.