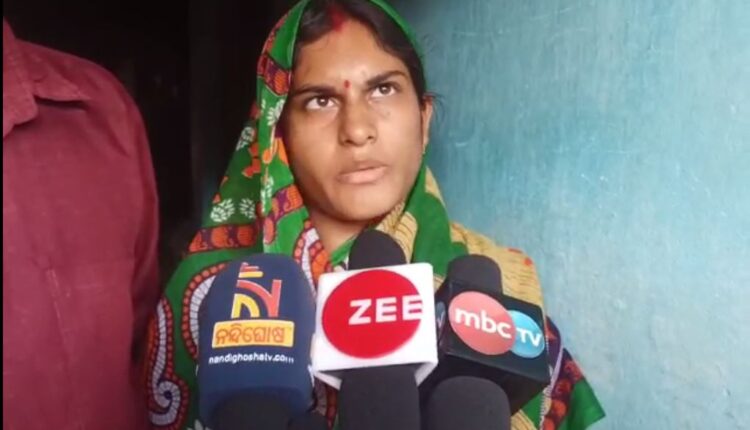 Bhubaneswar: The mother of the minor girl whose body was found in the backyard of the deceased’s house in Jadupur village of Nayagarh district, reiterated a CBI probe into the matter today. The woman told media persons she is not satisfied with the findings of the probe conducted by the Special Investigation Team (SIT) of Crime Branch set up by the Odisha government in the minor girl death case.

“The truth will come out once the CBI probes the case. I still demand the CBI probe into the matter and have moved the Supreme Court for the same. Whoever is involved in the murder of my daughter must be hanged. I don’t have faith in the SIT probe,” said Pari’s mother, Soudamini Sahu.

She further asked how come the video of the Saroj Sethy, who has been arrested in Pari’s death case, went viral and was telecasted in TV channels even though the matter is sub judice and the accused has given his statement in the court.

In the viral video, Saroj was seen confessing before a cop that he had attempted to rape Pari. He also revealed he strangled Pari to death but could not rape her. During the incident, the accused was alone in his house.

He further said, “After killing the minor girl, I put the body in a sack and later dumped it near a pond. Later, I again went to a pond to throw his leggings in the waterbody to eliminate evidence.”

“When Pari’s mother came to my house and asked me if I have seen her daughter, I denied. Also, I replied the same when my mother asked me if I had seen Pari during the day,” Saroj said in the video.