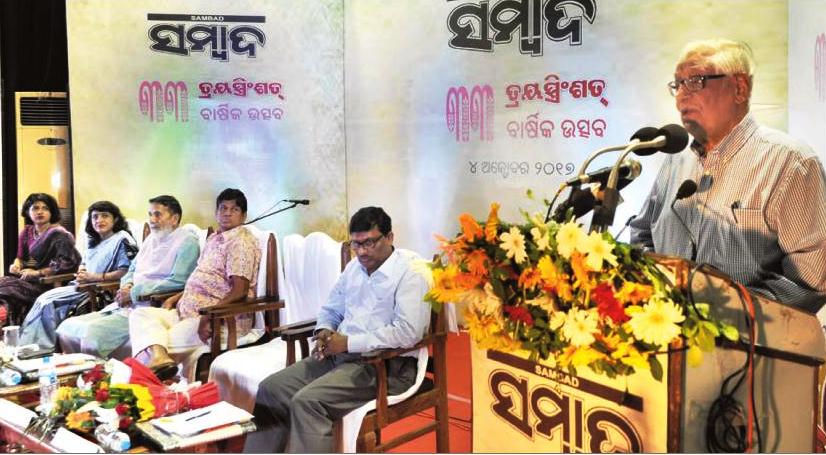 Bhubaneswar: The role of media in a democracy is very crucial and journalists have every right to ask questions to those who are in power, experts opined during the 33rd anniversary of Odisha’s leading daily ‘Sambad’ here on Wednesday.

“As media plays a pivotal role in our society, journalists have full freedom to ask questions to the government or those are in power,” said eminent journalist and political commentator H K Dua at Jaydev Bhavan here.

He also said that presently it seems like the freedom of press is in danger referring to the recent Gauri Lankesh murder in Bengaluru.

“Intolerance is somewhere growing in our country and press freedom is also in danger. The attitude of the ruling class towards dalits or the downtrodden should change,” Dua stressed.

It will be a bad day for democracy if the press has to work in a reign of terror. Unfortunately, Gauri Lankesh’s killers are still at large, the acclaimed journalist added.

“Demonetisation move was no less than the state of emergency imposed by the Indira Gandhi-led government in 1975. All of a sudden the notebandi was imposed on people for which many people had to face difficulties. The decision to implement GST was flawed. Post implementation, the prices of commodities have skyrocketed. It was implemented in the name of cooperative federalism,” he said.

Ivanka Trump to be in Hyderabad for two days