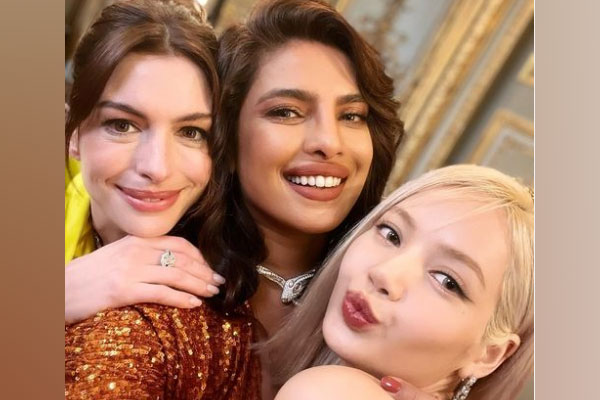 Priyanka took to Instagram, where she shared a picture with the two stars. She is seen dressed in a shimmery brown outfit with a plunging neckline for the event held in Paris. Hathaway and Lisa, on the other hand, chose bright yellow outfits.

Priyanka captioned the image: “And then there was us.. girls just wanna have fun! @bulgari @lalalalisa_m @annehathaway.”

In other news, the Indian actress welcomed her first child with her american pop star husband Nick Jonas via surrogacy earlier this year. The couple has named their baby girl Malti Marie.

On the work front, Priyanka will next be seen in Farhan Akhtar’s ‘Jee Le Zaraa’. She is also a part of upcoming web series ‘Citadel’.

Darshan at Puri Srimandir to be restricted for 4 hours tomorrow