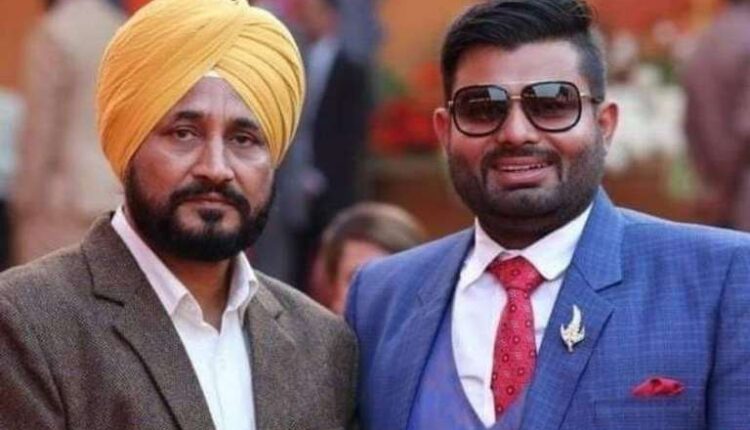 New Delhi: Bhupinder Singh Honey, the nephew of Punjab Chief Minister Charanjit Singh Channi, has been arrested by the Enforcement Directorate (ED) in connection with a Prevention of Money Laundering case pertaining to illegal mining in the state, said officials on Friday.

Honey was summoned by the ED for the second time on Thursday and after a day-long questioning was placed under arrest, the official added.

Honey informed the ED officials that he was Covid positive and was unable to join the probe.

On January 18, ED had conducted raids at ten different locations, including Homeland Heights which is the residence of Honey.

Honey was asked to appear before the ED’s zonal office in Jalandhar. He had to record his statement in connection with the ongoing probe.

The ED officials had recorded the statement of Kudrat Deep Singh, the business partner of Honey.

The ED official had said that they seized incriminating documents pertaining to illegal sand mining, property transactions, cell phones, gold worth above Rs 21 lakh and a watch worth Rs 12 lakh and cash Rs 10 crore during the raid.

A source said that the documents recovered by them have confirmed that Kudrat Deep Singh was running two firms and Bhupinder Singh Honey was a joint director in them.

As per sources, the firms are basically shell companies, but ED has found a lot of money transactions. One of the firms is Provider Overseas Consultancy Limited, which was incorporated in 2018 with 33.33 per cent equal shares.

The ED case is on the basis of a two year old FIR. The Punjab Police had on March 7, 2018, lodged a case against more than ten accused.

The ED initiated a money laundering probe on the basis of this FIR pertaining to illegal sand mining in Punjab in November last year.

The FIR has been accessed by IANS which was filed under several sections of IPC.

Bhupinder Singh Honey was not named in the Punjab Police’s FIR and Kudrat Deep Singh was given a clean chit in the matter.

The ED found that money was being laundered by the accused involved in the case and they started probing the matter.

Battle for UP: 5 held for killing Minister’s aide