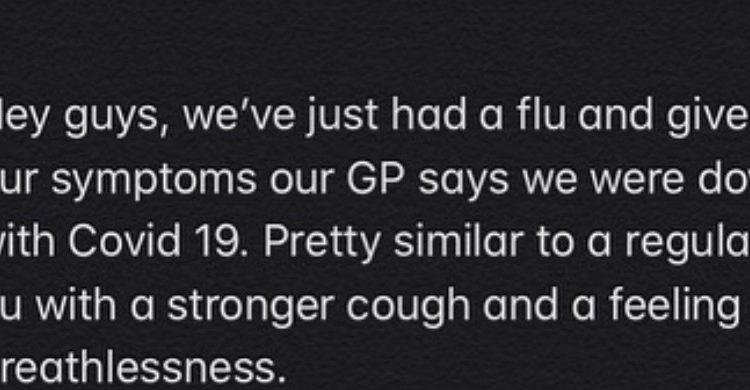 London: VJ-turned-actor Purab Kohli, who is currently in London, has shared that he and his family observed symptoms of COVID-19 and that they might have been infected by the coronavirus, as per his general physician.

“Hey guys, we’ve just had a flu and given our symptoms our GP says we were down with Covid 19. Pretty similar to a regular flu with a stronger cough and a feeling of breathlessness.

Inaya got it first and very mild. A cough and a cold for two days. Then Lucy got it more in the chest, quite similar to the cough symptom everyone has been talking about. Then me, I got a solid cold for one day which was horrid then it vanished and this irritating cough set in for 3 days. Three of us had only mild 100-101 temperatures and fatigue. Osian got it last with a 104 fever for 3 nights. Also a runny nose and a slight cough. His fever disappeared only on his 5th day,” he began his lengthy post.

The “Rock On!!” actor stated that his daughter Inaya and his wife Lucy witnessed the symptoms first. Later, he also acquired the symptoms, as did his son Osian.

“We were constantly in touch with the GP on the phone. Apparently everyone in London is getting it and its rampant here, and a few people we know have gotten it. Just wanted to share it with you if it helps reduce the panic a little to know someone who has had it and is fine. On Wednesday last week we were out of self imposed quarantine and are not contagious any longer,” he wrote.

The actor also opened up about what helped him overcome the illness.

He said: “We were doing 4 to 5 steams and salt water gargles a day, ginger haldi honey mixtures to sooth the throat really helped. Also warm water bottles on the chest really helped relax the chest. Hot baths helped the fluie feelings. And of course lots and lots of rest even now after two weeks we can feel our bodies still recovering. Please stay safe. I hope none of you get it but if you do, know that your body is strong enough to fight it. Seek proper advice from your doctors as intensity of each case is different as was in my household alone. And please stay home and rest the body as much as possible.”