Save bees to save the planet Earth; here’s why 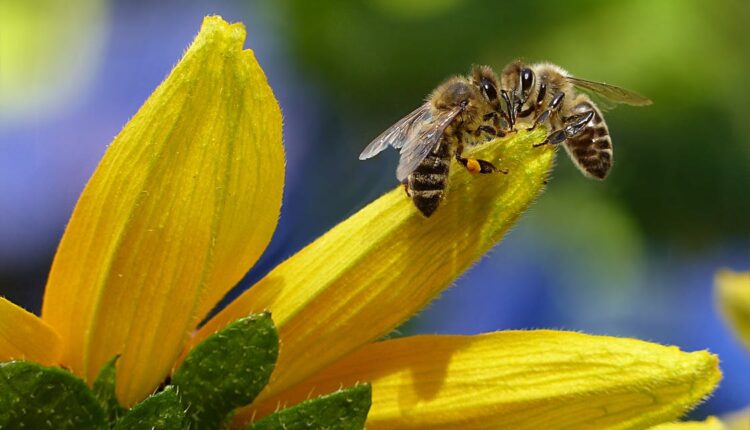 Bees are part of the biodiversity on which we all depend for our survival. They provide high-quality food—honey, royal jelly and pollen — and other products such as beeswax, propolis and honey bee venom.

As the landmark 2019 report from the Intergovernmental Science-Policy Platform on Biodiversity and Ecosystem Services (IPBES) notes, “Sacred passages about bees in all the worlds’ major religions highlight their significance to human societies over millennia.”

Beekeeping also provides an important source of income for many rural livelihoods. According to IPBES, the western honey bee is the most widespread managed pollinator globally, and more than 80 million hives produce an estimated 1.6 million tonnes of honey annually.

And pollinators contribute directly to food security. According to bee experts at the Food and Agriculture Organization (FAO) of the United Nations, a third of the world’s food production depends on bees.

When animals and insects pick up the pollen of flowers and spread it, they allow plants, including many food crops, to reproduce. Birds, rodents, monkeys and even people pollinate, but the most common pollinators are insects, and among them, bees.

But sadly, bees and other pollinators, such as butterflies, bats and hummingbirds, are increasingly under threat from human activities.

Bee populations have been declining globally over recent decades due to habitat loss, intensive farming practices, changes in weather patterns and the excessive use of agrochemicals such as pesticides. This in turn poses a threat to a variety of plants critical to human well-being and livelihoods.

Air pollution is also thought to be affecting bees. Preliminary research shows that air pollutants interact with scent molecules released by plants which bees need to locate food. The mixed signals interfere with the bees’ ability to forage efficiently, making them slower and less effective at pollination.

While the vast majority of pollinator species are wild, including more than 20,000 species of bees, the mass breeding and large-scale transport of pollinators can pose risks for the transmission of pathogens and parasites. According to the IPBES report, better regulation of their trade can decrease the risk of unintended harm.

Here are some actions you can take to help preserve bees and other pollinators:

Plant nectar-bearing flowers such as marigolds or sunflowers for decorative purposes on balconies, terraces, and gardens

Buy honey and other hive products from your nearest local beekeeper

Set up a pollinator farm on your balcony, terrace, or garden

Use pesticides that do not harm bees, and spray them in windless weather, either early in the morning or late at night, when bees withdraw from blossoms