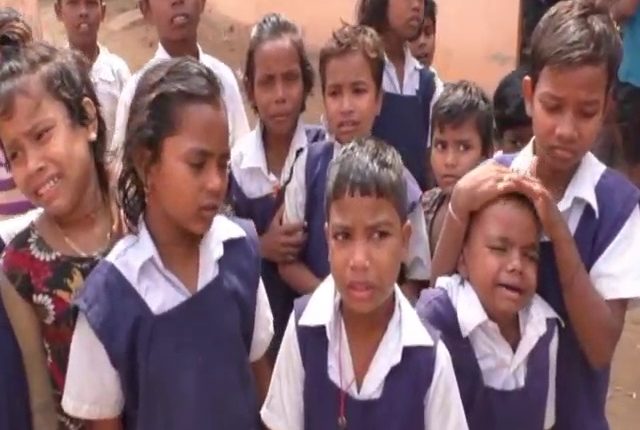 Boudh: In another instance of child abuse in educational institutions in Odisha, a teacher’s son allegedly thrashed a number of students belonging to Dalit communities on premises of a residential school managed by an NGO in Boudh district.

The incident was reported from the SC Residential Primary School operated by Vishwa Jeevan Seva Sangha at Kaleswar village in Butupali area of tribal district of Odisha, where the little children were assaulted physically by a teacher’s son for openly urinating on boundary wall of the school.

According to reports, some students of the school were peeing to the boundary wall. Reacting to the act, Sibunath Sarangi, son of teacher Krupasindhu Sarangi, rushed to the site and started beating over 15 little children for their mistake without mercy.

The victim students were found crying on the premises of the school.

On receiving information about the incident, Boudh police arrested the accused person for his alleged crime.

Notably, hundreds of Dalit students from various districts are staying at the residential school funded by Ministry of Social Justice and Empowerment.

However, beating up the students at school campus was reportedly a regular affair of the accused.

Recently, a similar kind of incident had occurred in Mayurbhanj district, where a minor girl was allegedly molested by headmistress’ husband at a state-run school.  Read: Minor Girl Molested By Headmistress’ Husband In Odisha

Fire breaks out in Ajmer-Puri Express in Odisha