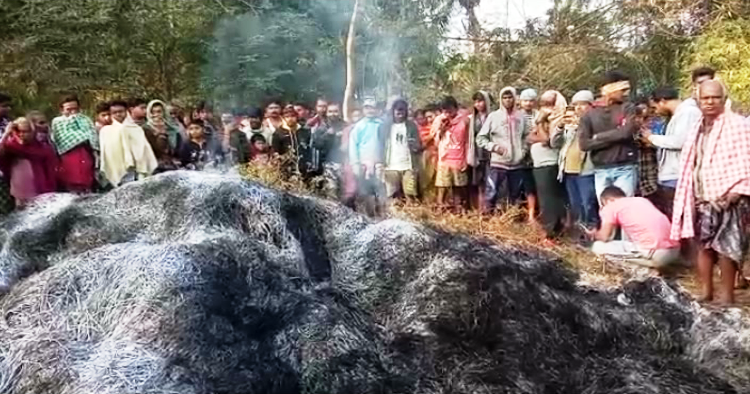 Berhampur: Locals of Sunapalli village under Kabisuryanagar police limits in Ganjam district woke up to a disturbing scene this morning after they spotted a body under the ashes of a huge pile of paddy straw .

Some locals spotted the body near Lalu Ghai at the village  this morning and called up police. While the reason behind such brutal murder is yet to be established,  it is suspected that some unidentified miscreants killed the youth and later set his body on fire last night.

Meanwhile, police have begun a probe into the incident