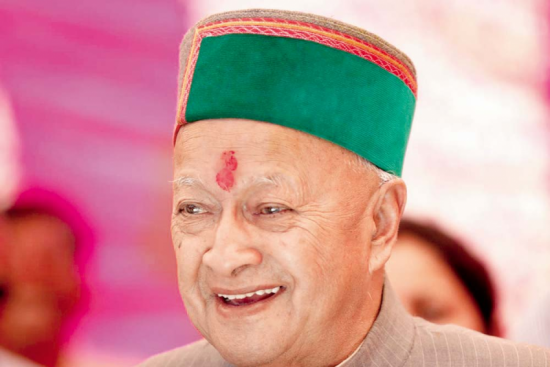 IGMCH Senior Medical Superintendent Janak Raj said that Virbhadra Singh died at 3.40 a.m., was the sitting legislator from Arki in Solan district, once the pocket borough of the BJP.

He had twice recovered from Covid-19.

He had suffered from heart attack on July 5 and was in the critical care unit of the IGMCH.

Later, he was put on ventilator after he had breathing problem.

His cremation is likely to take place at his native place Rampur.

Popularly known as ‘Raja Saab’ as he was born heir into the erstwhile princely state of Bushahr, Virbhadra Singh was in active politics for over 50 years.

In the last decade of his political career, he was in a regular target of the top BJP leadership, who pointed to his being out on bail and facing corruption charges during the time he was the Union Steel Minister 2009-11.

In his every elections — be it the Assembly or the parliamentary — Virbhadra Singh single-handedly campaigned and conducted 15 to 20 meetings every day.

Political observers say his death will a big vacuum for the Congress leadership.

He was the nine-time legislator and five-time MP.

In the last assembly elections in 2017, Virbhadra Singh and his son Vikramaditya Singh won in their constituencies, even as their Congress party lost power.

4 terrorists killed in encounters in Kashmir