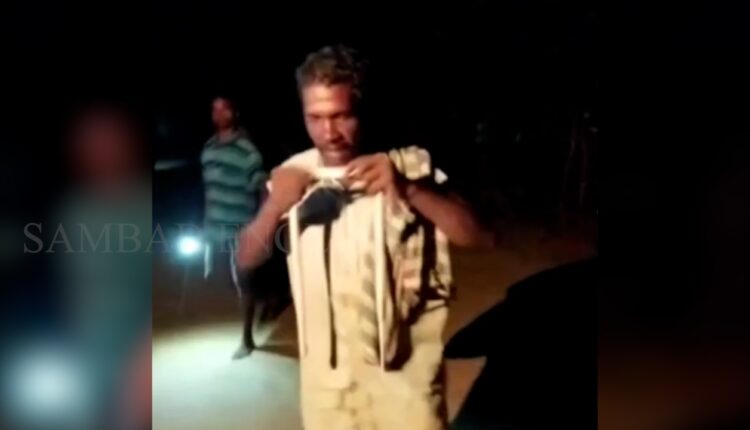 Jajpur: In an intriguing incident, a man from Shalijanga panchayat under Danagadi block of Jajpur district killed a snake by biting it to death last evening. The man, Kishore Badra from Gambharipatia village under Shalijanga panchayat was returning home after finishing his agriculture work at around 6 PM yesterday.

On the village road, Badra accidentally stepped onto a common krait snake. In a fraction of seconds, the serpent  bit him. In order to take revenge, Badra took the snake in hands and bit it repeatedly killing it on the spot.

Some onlookers advised Badra to visit the nearby hospital, but he went to a traditional healer to seek advice.

Badra said, “Even though I bit the common krait and drank its blood, I did not feel any difficulty. I went to a traditional healer residing near the village to get myself cured.”