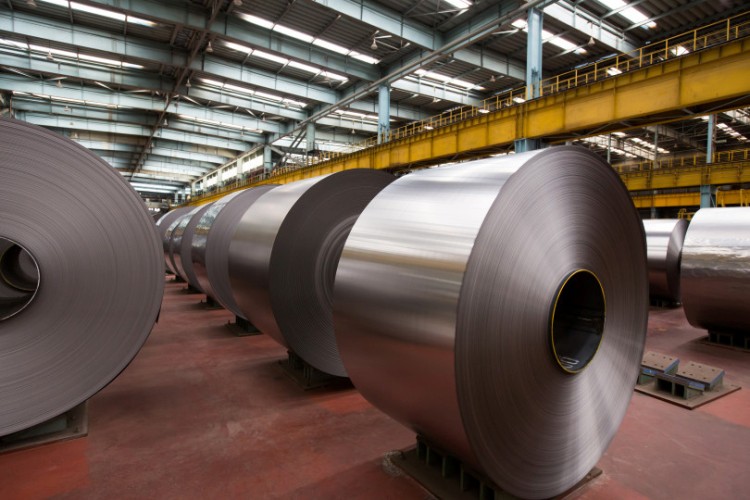 Kolkata: India’s steel exports jumped by 69 percent in May to 0.641 million tonnes (mt) over the same month last year while imports were up by 2.4 per cent, according to a Steel Ministry report.

Import of total finished steel at 1.062 mt in first two months of the current fiscal declined by 11.4 per cent over same period of last year.

India’s consumption of total finished steel at 13.785 mt saw a growth of 4.2 per cent in the first two months of the current fiscal over year-ago period, under the influence of rising production for sale.

In the last month, overall consumption stood at 7.491 mt, up by one per cent over corresponding month last year.

In May, production for sale of total finished steel at 9.066 mt, registered a growth of 4.4 per cent over the corresponding month last year.

The production was, however, up by seven per cent over April 2017.

SAIL, RINL, TSL, Essar, JSWL and JSPL together produced 10.234 mt during April-May of the current fiscal, which was a growth of 15 per cent over the same period last year, the report said.

An amount of 9.082 mt came from the other producers, which was a growth of 0.1 per cent over same period last year, it added.

Meanwhile, the Union Cabinet, last month, gave its approval to the National Steel Policy 2017 which projected crude steel capacity of 300 million tonnes (mt), production of 255 mt and a robust finished steel per capita consumption of 158 kgs by 2030 – 31, as against the current consumption of 61 kgs.

According to the policy, the 300 mt of steel making capacity would translate into additional investment of Rs 10 lakh crore by 2030-31. (IANS)