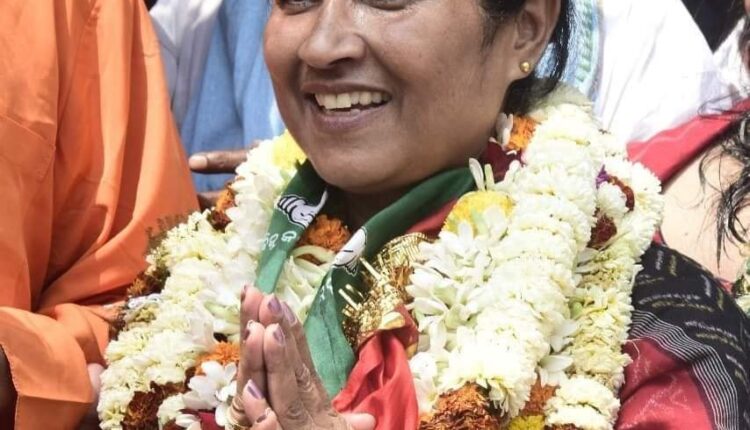 Prior to assuming the office of Mayor, Das had offered prayer at the Lingaraj Temple in the morning.

With winning the Mayor post in the recently held BMC polls, Solochana Das became the first woman to have been directly elected by people for the prestigious post in Bhubaneswar urban civic body.

The BJD leader had registered a thumbing win in the ULB polls by defeating her rival candidate from BJP, Suniti Mund, with a margin of 61,143 votes.

Before being elected as the Mayor of Bhubaneswar, Sulochana Das was serving as the State Commissioner for Persons with Disability (PwD),

Earlier, she was associated with Congress. She had resigned from the party in June 2017 and joined the BJD.

IPL 2022: The 3 deliveries that made Rahul Tewatia a superhero at Brabourne Stadium