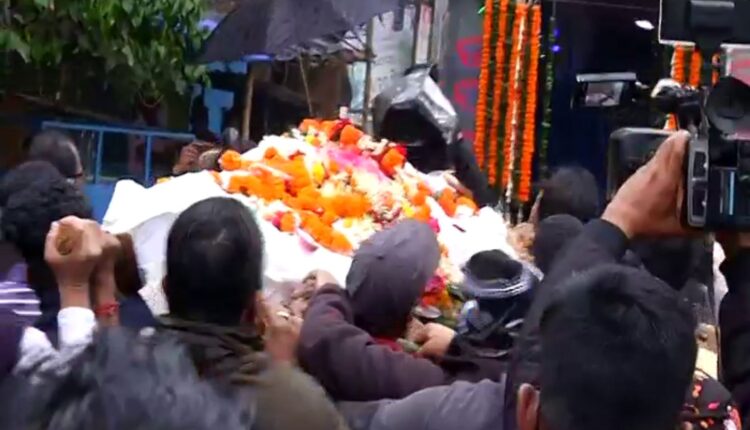 Earlier in the morning, the body was taken to Satichaura from his residence at CDA here in a decorated hearse.

Thousands of fans and admirers of the beloved ‘Kaka’ of Ollywood gathered on roadside to have glimpse of their favourite actor for one last time.

As the vehicle moved towards the crematorium through the streets of the city, ‘Mihir Das amar rahe’ slogans reverberated the atmosphere.

Mihir Das was accorded guard of honour at the crematorium before the cremation as many actors, politicians and fans present at the place bid a tearful farewell to him.

His elder son Amlan Das lit the funeral pyre in the presence of other family members as the last rites were performed at the crematorium.

Mihir Das had breathed his last while undergoing treatment at the Ashwini Hospital in Cuttack, yesterday.

The 63-year-old actor was suffering from kidney-related ailments for the past few years.

He was admitted to the hospital after his health condition deteriorated on December 7, last year. He was on ventilator support at the hospital.

Also Read: Mihir Das: The actor who aced every role that he donned