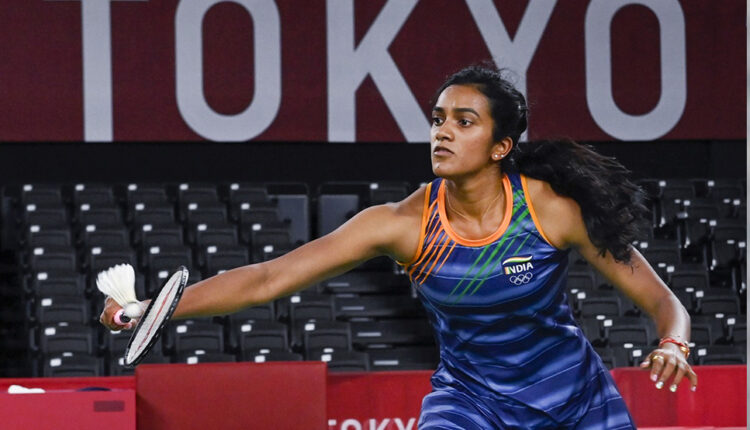 Tokyo: India’s hopes of winning a gold medal in badminton and seeing PV Sindhu go one better than her silver won at the 2016 Olympic Games were dashed after the sixth seed lost in straight games to Chinese Taipei’s Tai Tzu-Ying 18-21, 12-21 on Saturday.

The Indian ace, who lost in the singles final at the Rio Olympics, will now fight for bronze medal against Chinese He Bing Jiao on Sunday.

Tai Tzu-Ying will face Chen Yu Fei of China in the final.

Sindhu began well as she raced to a 6-3 lead, having won four straight points with her aggressive play. The Taiwanese was yet to find rhythm and like in Friday’s quarter-final, Sindhu thought she would demoralise her opponent with initial aggression.

She then moved to an 8-4 lead and looked like she would run away with the set against a player she trailed 5-13 in head-to-head.

At the break, Sindhu led 11-8. However, Tai Tzu’s ability to use sharp angles and be precise with her baseline play were to become Sindhu’s undoing as she found retrieval of shots very difficult as the match progressed.

Sindhu again opened up a two-point lead at 16-14 but Tai Tzu had by then found her feet. She wiped out the advantage with a perfect drop from the deep as Sindhu was deceived into believing that it would come to baseline. The Taiwanese followed it with a sharp-angled slice.

Sindhu tried to keep pace but her opponent was just too good. Tai Tzu then hit a down-the-line smash into the backhand corner to walk away with the first game 21-18.

The second game turned out to be a cakewalk as Tai Tzu, carrying the momentum, took early points. Sindhu fought back to make it 3-2 but then Tai Tzu’s drop shots came into play.

Tai Tzu landed three successive drop shots which dipped late while being very close to the net as Sindhu tried to reach out for them. Tai Tzu got her trademark sharp-angled finish at the net in the opposite direction.

Sindhu’s power was no match to Tai Tzu’s deft touch. The 27-year-old opened up an 11-7 lead and never allowed the 26-year-old Indian any room to come back.

Sindhu smiled helplessly, looking at her coach as she struggled to find a solution to counter Tai Tzu’s acute angles and deceptive shots.

The Indian lost the first game in 21 minutes and the second in 19 minutes to went down in 40 minutes.