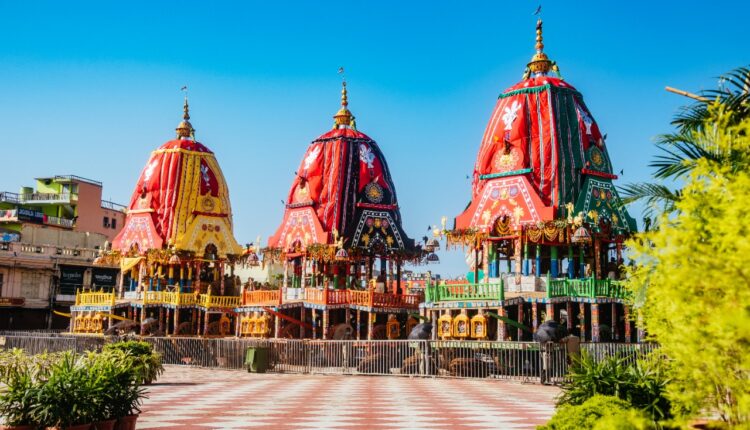 Puri: The district administration has made traffic arrangement for smooth movement of vehicles in the pilgrim town of Puri on the occasion of Ratha Jatra of Lord Jagannath and His siblings on July 1.

Lakhs of devotees are expected to throng Puri on the day of the festival as public participation in the Ratha Jatra was prohibited for the last two years due to the COVID-19 situation.

Below are the traffic arrangements in details:

* All inter state tourist buses from Bhubaneswar side will be allowed to Puri up to Malatipatpur and will park at Malatipatpur New Bus stand. The return will be in the same route.

* All light vehicles with car pass from Bhubaneswar side will be allowed to proceed to the specified parking place at Chhapan Chhak/ towards Lokanath temple via Batagaon, Mangalahat, Sterlin Chhak, Hans Coco Palms. Their return to Bhubaneswar will be on same route.

* Two wheelers from Brahmagiri side will also park at Jagannath Ballava via Masanichandi Chhak. Their return will be in the same route.

* Two wheelers from Konark side will park at Blue Flag beach via Grid Station, ITI, CT Road and Subhas Bose Chhak and the return will be in the same way.

* Auto Rickshaws will move from Talabania to Ram Mandir Chhak via Sadar Block –> Odisha Bekery –> Ram Mandir. The return will be via Shrikhetra colony road.

* Light vehicles/ three wheelers from Brahmagiri side will be allowed up to Flourish India and will park there. The return will be in the same route.

* Light vehicles from Konark side will be allowed to Puri, Talabania via Grid station –> Bhudan –> ITI and their return will be via ITI crossing –> Central school –> Bhudan –> Grid Station –> Toshali.