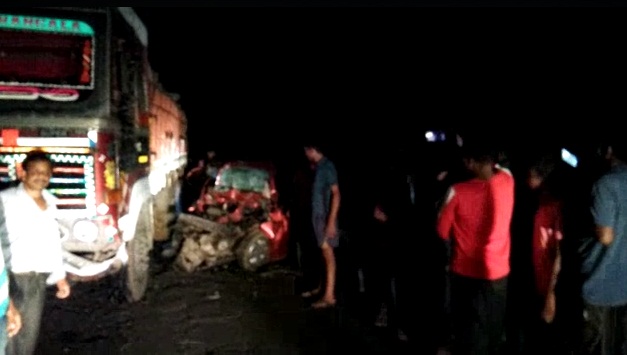 Cuttack: A deadly head-on collision between a truck and a car on NH-55 near Oranda under Gurudijhatia police limits in Odisha’s Cuttack district claimed lives of five persons last night.

While four persons died on the spot after the accident, one sustained critical injuries and was admitted to the SCB Medical College and Hospital, where he succumbed to his injuries.

Anil Das and Biswaranjan Das, two brothers from Mahulpada village in Dhenkanal district and Papu Das of Athagarh are among the deceased.

According to reports, the mishap took place when the car, in which the five were returning home after attending a feast, was hit by a speeding truck from front.

On being informed, police reached the spot and recovered the bodies with the help of locals. Investigation into the incident is underway.