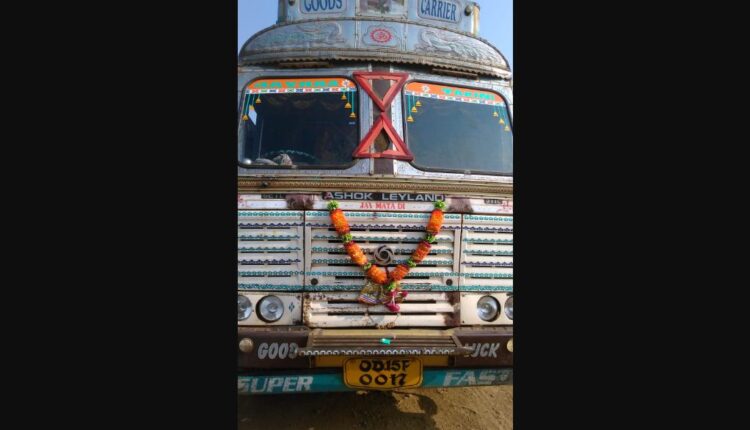 Bhubaneswar: In a bizarre incident, a truck driver and helper have been fined by police for not wearing helmet in Chandikhole area of Odisha’s Jajpur district.

According to reports, the truck, owned by Jyotiranjan Sahoo of Hanspal in Bhubaneswar, was intercepted by police near Chandikhole Chhak on July 27, 2020 as a part of COVID-19 norms enforcement. Driver Prakash Pani was allegedly not wearing the mask properly.

A heated exchange of words took place between the truck driver and police officer, following which the cop issued a challan of Rs 1000 against the driver and the helper on the offence of ‘Riding without helmets by both driver and pillion’.

A photo of the challan recently went viral on social media.

Also read- Odisha: DL To Be Suspended If Pillion Rider Found Without Helmet.