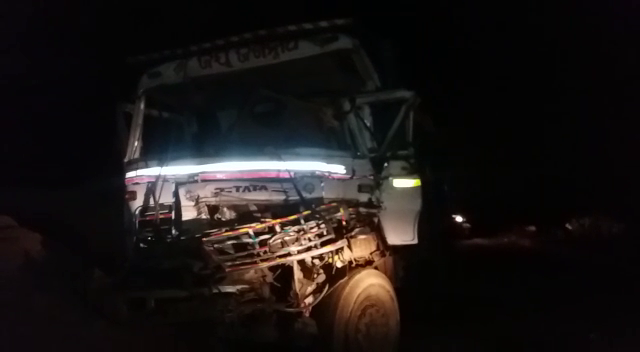 Soro: Two persons including a woman and two others sustained injuries after a truck hit another truck and a bus parked near a temple here in Odisha’s Balasore district late on Thursday night.

The deceased persons are yet to be identified.

According to reports, the incident took place at around 1.30 pm when a private bus carrying some passengers from Udala to Bhubaneswar halted in front of a tea stall near Dandakali temple under Khantapada police limits. While the passengers were having tea after alighting from the bus, a rock-laden truck coming from the opposite direction hit another truck parked near the temple and then hit the bus ramming into the passengers.

While a woman passenger died on the spot, a truck driver, who was standing near the tea stall, was also killed in the incident. Another two passengers were critically injured in the mishap.

On receiving information, the Khantapada police reached the spot and seized two trucks and the bus.

Rahul to contest from Amethi, Sonia from Rae Bareli