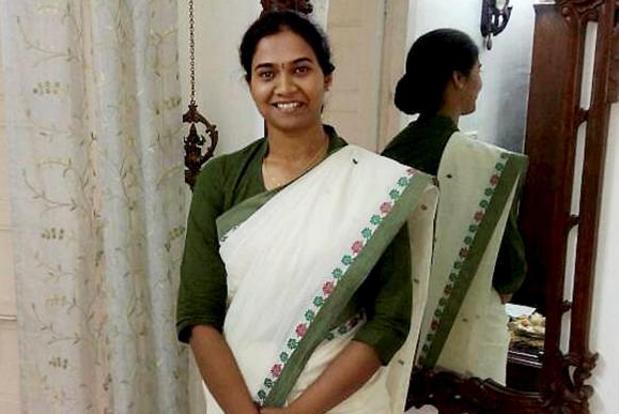 Nandini K.R, who topped the Union Public Service Commission 2016 exams on Wednesday, says she wants to join the Indian Administrative Service (IAS) to serve the people of India, rather become a diplomat.

“I want to join IAS and not IFS (Indian Foreign Service), as I want to be in India and serve the people. Though challenging, I will get an opportunity to learn and work for the people,” Nandini told IANS from Haryana’s Faridabad on phone.

Excited to be a topper as a woman and from Karnataka, Nandini said her friends were joking since a week that she would be a topper and should get ready to celebrate the occasion.

“I didn’t believe when they said so. I told them not to joke but wait for the results. I feel very happy and also relieved as the anxiety is over,” said Nandini, a probationary officer with the Revenue Department in the Union Finance Ministry since 2016 after she was selected in 2015 under the Indian Revenue Service (IRS) category.

“I appeared for the UPSC exams for the first time in 2014 and got selected in 2015 under the IRS category. I am at Faridabad for training in the revenue service,” she said.

Kannada was her optional subject in her second attempt too in 2016 exams.

“In my previous attempt, I was not consistent. I realised it and ensured consistency in my efforts.I want to work at the grassroots level. I took coaching from Insight Coaching Centre in Bengaluru. I think there are three vacancies in Karnataka cadre,” said Nandini.

Incidentally, Nandini is the second woman from the southern state to top the UPSC exams 16 years after Vijayalakshmi Bidari did in 2001.

Hailing from Kembodi village in Kolar district, about 100km from Bengaluru, Nandini is the eldest of the two children of her parents — Ramesh, K.V. 56, and Vimala K.V. 54.

Her brother Thorun Patel, 24, is a post-graduate student at the Indian Agriculture Research Institute in New Delhi.

Nandini studied in Kannada medium from the government-aided Thimmaiah Vidyalaya at Kolar and Pre-University Course from Alva’s College at Moodabidri in Dakshina Kannada district.

She graduated in civil engineering from the M.S. Ramaiah Institute of Technology in Bengaluru and was a gold medallist.

“I was sure of my daughter’s success as I know her dedication and hard work since her childhood,” Ramesh, an assistant school master in the Government High School at Mudiwadi in Kolar, told IANS from Kolar.

After graduation, though Nandini worked in the state public works department as an assistant engineer for two-three years, she always aspired to become an IAS officer despite her humble beginnings, modest living and belonging to the Other Backward Classes (OBC) community.

“Nandini’s mother gave up her job as a teacher in the schools she studied to guide the children in their education,” their neighbour Gopal Reddy told IANS on phone from Kolar.

PMAY to be implemented soon in Odisha capital, BMC to receive application from June 4