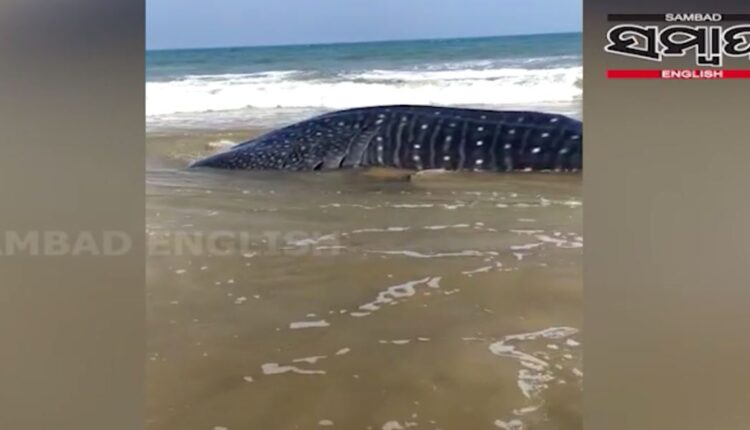 Ganjam: The villagers around Sonapur beach in Ganjam district were amazed finding a rare big fish stuck at the shore. Initially, some local youths spotted the big fish lying lifeless on Sonapur coast today afternoon. Out of curiosity, they examined the big fish and found it to be alive. The youths then informed the Forest personnel about the incident.