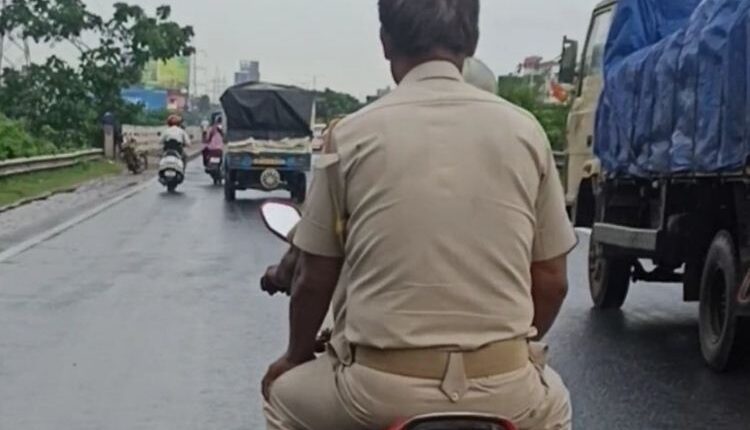 Bhubaneswar: Even as strict traffic rules have been implemented in Odisha capital by the Twin City Commissionerate Police and various awareness campaigns are being carried out in this regard, two policemen were seen travelling on a motorcycle without wearing helmet in the city, recently.

A Twitter user namely Santosh Kumar Behera recorded the incident and posted it on the social media platform. As per the post, the two cops were travelling on the two-wheeler on Rasulgarh-Palasuni road without wearing helmet on October 4 around 2.30 PM, thereby violating the traffic norms blatantly.

“When a common man accidentally commits a mistake, our cops don’t hesitate to fine him, instead of pointing out his/ her mistakes. Recently, I made a mistake and I paid Rs 1000 as fine. Are the rules only for general civilians? Hope i get my answer,” Behera tweeted tagging Commissionerate Police’s official Twitter handle.