Watch: IFS Sneha Dubey tells Indian anchor to leave after the latter barges into her for an interview 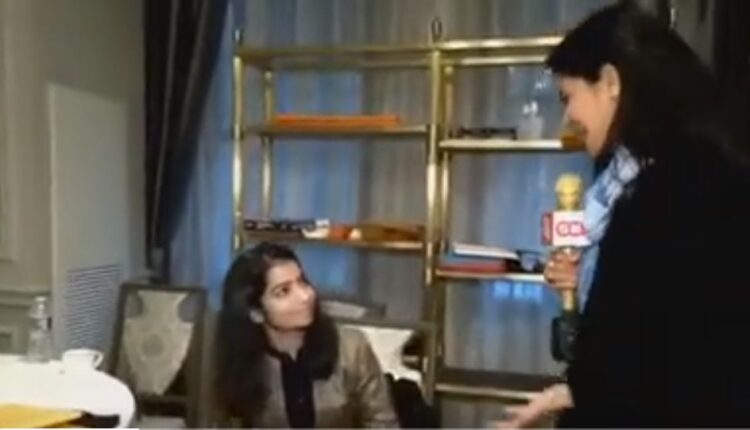 New York/Bhubaneswar: Indian Foreign Service (IFS) officer Sneha Dubey has been a sensation on social media over the last couple of days.

After delivering a fiery rebuttal to Pakistan at the United Nations, clips of which have gone viral on the internet, Dubey has once again been caught in the limelight.

A video clip doing the rounds on Twitter features a famous female anchor of a leading national news channel trying to get a few words out of Dubey. However, Dubey politely refuses before asking the anchor to leave.

India on Friday denounced Pakistan as a patron of terrorism and a suppressor of minorities in reply to Pakistan Prime Minister Imran Khan’s tirade against the country.

“This is the country which is an arsonist disguising itself as a firefighter,” Dubey, a First Secretary in India’s UN Mission, said on Friday.

“Pakistan nurtures terrorists in their backyard in the hope that they will only harm their neighbours. Our region, in fact, the entire world has suffered because of their policies.

“Today, the minorities in Pakistan, the Sikhs, Hindus, Christians, live in constant fear and state-sponsored suppression of their rights. This is a regime where anti-Semitism is normalised by its leadership and even justified,” she said