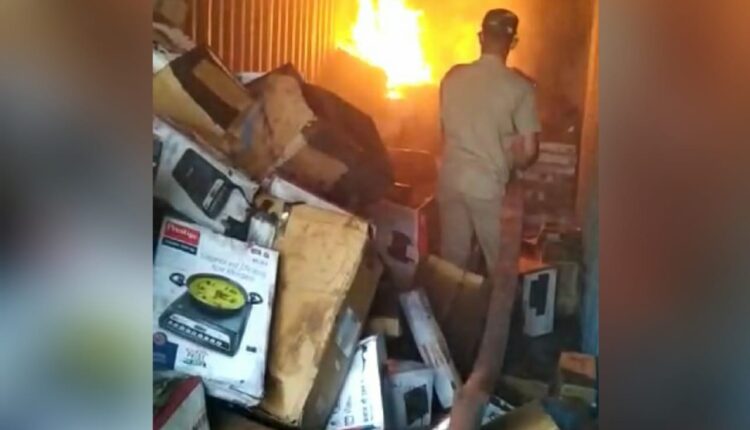 Though no casualty was reported in the mishap, the driver of the truck narrowly escaped. Besides, three occupants of the SUV sustained minor injuries due to the collision. All of them were admitted to hospital here for treatment.

As per reports, the container truck was en-route to Kolkata from Mumbai carrying the goods. The mishap took place at around 1 AM, when  the driver lost control over the vehicle and hit a SUV. The container truck caught fire due to short circuit following the collision.

On receiving information, a firefighting team was pressed into service to douse the flames. The front portion of the truck was completely damaged in the fire. Later, the Town police seized the SUV and initiated an inquiry into the incident.