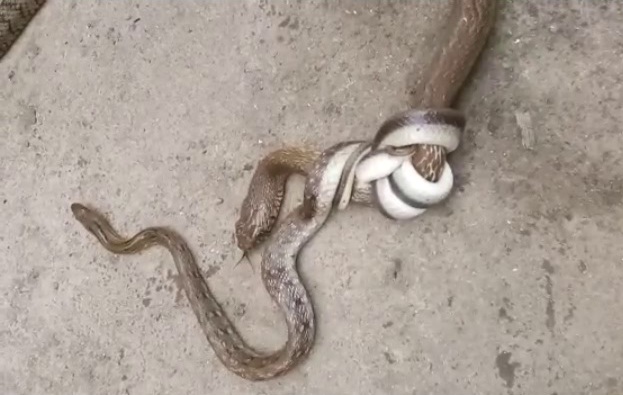 Koraput: As a little thing should not be underestimated, the concept appeared true with a video showing a small snake defeating another snake, which is bigger in size.

Anybody can be curious to watch the video shot in Sunabeda of Koraput district where a three-ft-long Trinket snake attacked a five-ft-long snake belonging to Ptyas mucosa, popularly known as Indian Rat snake species and overpowered it in the fight.

It was a rare sight the locals witnessed it. The entire scene was captured on a camera.

The video shows that the non-venomous Trinket snake is fighting with the Indian Rat snake without giving its rival a chance to rescue from it. The species is a small, but its courage was big to win the battle.

Later, the locals managed to separate two snakes indulged in the fight.

Monsoon advances to 10 districts of Odisha