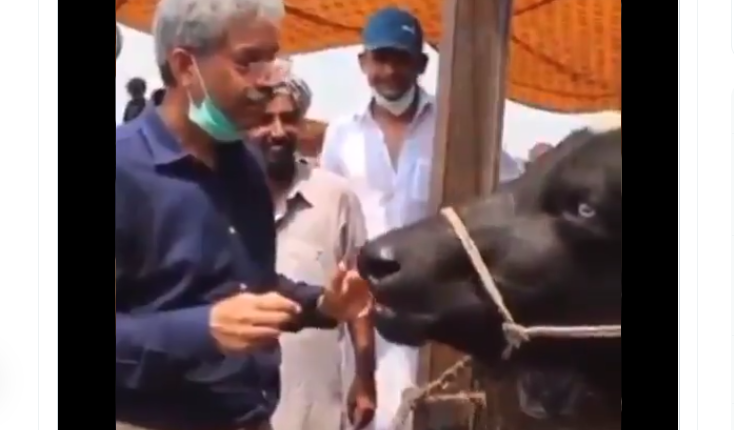 Lahore/Bhubaneswar: In what could only be described as one of the most bizarre interviews ever recorded, a Pakistani reporter put a mic in front of a buffalo to seek his opinion on the city of Lahore.

The video, reportedly from a cattle farm in Lahore, has gone viral on social media. The clip was shared on Twitter by Pakistani journalist Naila Inayat.

“Now what is Eid without Amin Hafeez interviewing cattle,” she wrote, sharing the clip.

Amin Hafeez is one of the most popular reporters and anchors in Pakistan. The video features him in a cattle farm asking a buffalo how it feels in the city of Lahore. As strange as it may sound, that is not even close to the most bizarre thing about the interview. The buffalo’s “response” has sparked a comedy fest on Twitter.

Now what is Eid without Amin Hafeez interviewing cattle.. pic.twitter.com/5r2sfh5Ua7