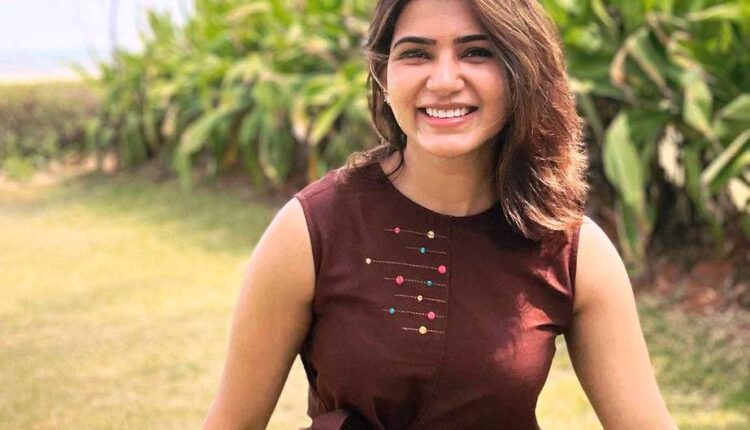 Mumbai/Bhubaneswar: Actress Samantha Ruth Prabhu today reposted a video that was shared by her friend and fashion designer-model Shilpa Reddy. In the video, Samantha can be seen playing tug of war with friends. At the end of the game she was seen laughing in the video.

Samantha captioned the video, “Beautiful, Crazy, fun, unwinding week that passed in a jiffy with my besties .. #myclan #mytribe. Note to self – never participate in group activities with insanely fit , crazy competitive family .. You will be hurt. You will feel pain.” The actress also added #canstilllaugh #willsurvive hashtags to the caption.

Earlier this month, Samantha and Naga Chaitanya announced their separation after being married since 2017.

In an Instagram post, Samantha wrote, “After much deliberation and thought Chay and I have decided to part ways as husband and wife to pursue our own paths. We are fortunate to have a friendship of over a decade that was the very core of our relationship which we believe will always hold a special bond between us. We request our fans, well wishers and the media to support us during this difficult time and give us the privacy we need to move on. Thanking you for your support.”

Samantha made her television debut in 2020 by hosting an episode Telugu-language reality television series ‘Bigg Boss 4’ as part of a special episode.

In 2021, Samantha starred in the second season of Hindi web-series ‘The Family Man’. She played the role of the main antagonist Raji, a rebel leader from the Liberation Tigers of Tamil Eelam.