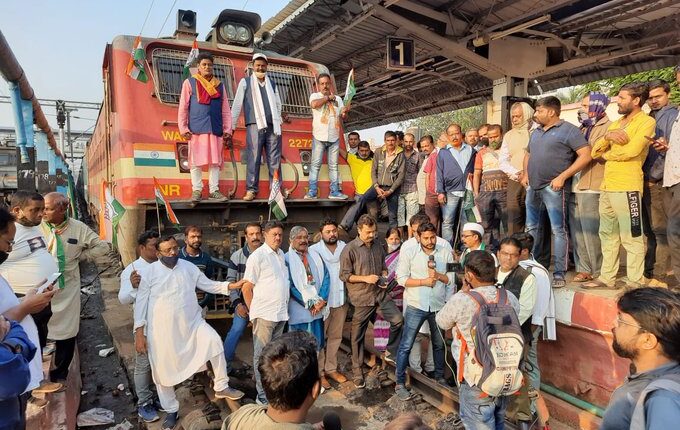 Though a police officer tried to stop the Jatani MLA from entering the station platform, but in vain.

“As directed by Odisha Pradesh Congress Committee (OPCC) President Niranjan Patnaik, we are observing a peaceful bandh today. Prices of diesel, petrol, and LPG are increasing rapidly affecting the public, especially the poor. The Central Government and State Government should slash the prices,” said Routray.

In pics: Odisha bandh in Bhubaneswar