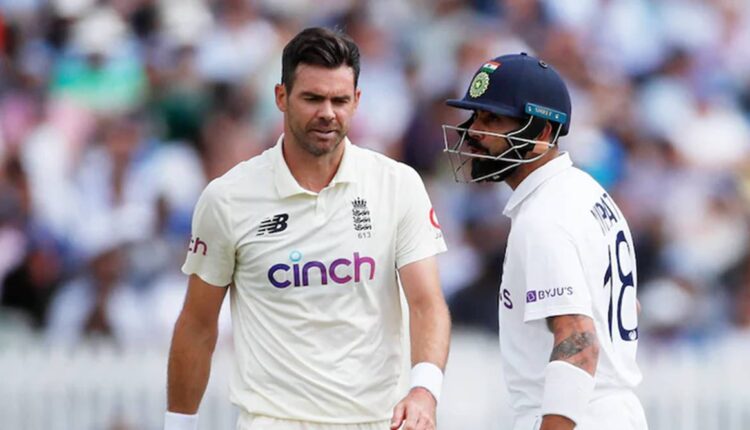 London: India cricket team skipper Virat Kohli had a heated exchange with one of England’s most successful bowlers James Anderson in the first session of play on Day Four of the second Test at Lord’s on Sunday.

In the 17th over of the day, with India having lost both its openers and Kohli batting, the India skipper approached the umpire asking him to take a look at Anderson’s run-up as the pacer was allegedly running into the pitch.

A heated exchange ensued between Kohli and Anderson with the former telling the tall paceman, “This isn’t your fu**ing backyard”.

“You swearing at me again are you? This isn’t your fu**ing backyard,” Kohli was heard saying to Anderson, who also said something which was inaudible.

Following Anderson’s penultimate delivery of the over, Kohli said, “Chirp, chirp, chirp. This is what old age makes you.”

India were struggling at 181/6 in their second innings on Day 4 after stumps were called early, with eight overs remaining, as England decided to take the new ball in fading light and the umpires called it a day.

Vice-captain Ajinkya Rahane struck a fighting half-century and added 100 runs for the fourth wicket with Cheteshwar Pujara (45) but India had their backs to the wall in the second Test as they are just 154 runs ahead of England’s first innings total of 391. India had made 364 in their first innings.