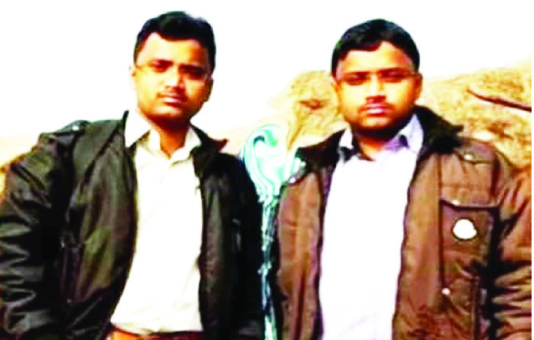 Berhampur: A pall of gloom descended on Chikili village under Jagannathprasad Block in Ganjam district where a family lost twin sons to the deadliest COVID-19.

Like the tragic death of Malayali twin brothers Joefred and Ralphred of Kerala in Meerut, the identical twins Lav and Kush of Jagannathprasad area in Odisha were together even during COVID suffering. The duo passed away in a gap of two days after paying tribute to their late father on his first death anniversary last week.

The twin brothers are survived by only their old mother.

According to reports, the 26-year-old twin brothers Lav and Kush were working at a private company in Bhubaneswar. They had visited their native place recently to observe the rituals of first death anniversary of their late father Dhabaleswar Behera on May 17.

Two days later, i.e on May 19, Kush fell sick. While being treated at the Bhanjangar SDH, his COVID test report came out positive. On May 20 night, he died of the deadly virus.

As per COVID-19 protocol, his body was cremated without being brought to his village.

Next day, Lav, the brother of deceased Kush, suffered from COVID-19 complications. On Saturday night, he also passed away.

Their old mother and other family members as well as villagers were shattered after death of twins in two days.