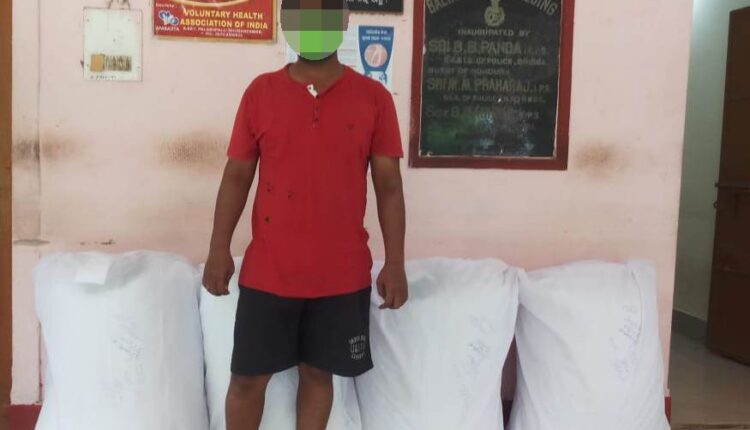 Bhubaneswar: The Commissionerate Police today arrested a youth on charges of smuggling ganja and seized a large quantity of the contraband item from him.

Acting on a reliable information, the Quick Action Team (QAT) and Balianta Police today carried out a joint raid on the premises of Duladei temple. During the raid, the police personnel apprehended the youth, Sudhira Kumar Pradhan alias Kapila of Kasipur Uparsahi village of Khordha district after 96.4 kg ganja were seized from his possession.

After registering a case at the Balianta police station under NDPS Act, the Commissionerate Police is investigating the matter, official sources said.