Zero admission in 63 Plus Two colleges in Odisha 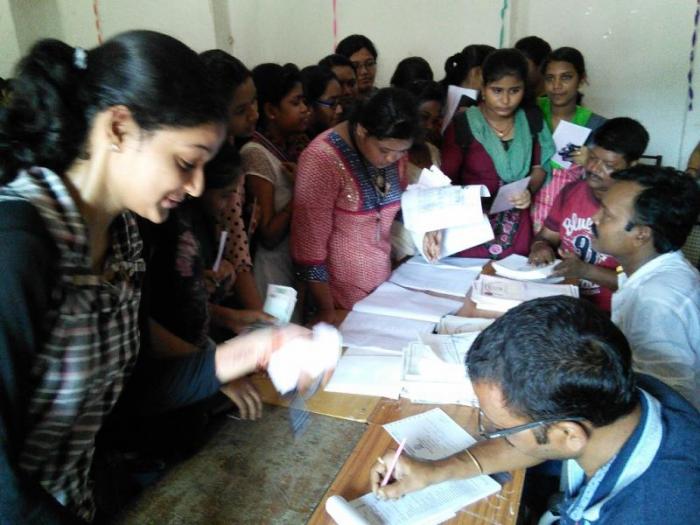 Bhubaneswar: Despite adequate opportunities were given to students with increasing seats number in junior colleges for enrolment into plus two courses for this academic session, ‘zero’ admission was registered in 63 colleges across Odisha.

However, the number of colleges registering ‘zero’ admission has declined in 2017-18 academic session as compared to previous year.

Sundergarh district has stood top in the list of ‘zero’ admission colleges. Not a single student has been enrolled here in 10 colleges including five vocational education colleges and three residential colleges.

No admission took place in three colleges each in Jajpur, Cuttack, Kandhamal and Rayagada districts. There has been no admission in two colleges each in Balangir, Gajapati, Jagatsinghpur, Keonjhar, Koraput, Malkangiri, Mayurbhanj, Nabarangpur and Puri. The students did not come for admission into plus two courses in one college each in Angul, Bargarh, Dhenkanal, Kalahandi, Kendrapara, Sambalpur and Sonepur districts.

However, all the plus two colleges in Boudh, Nayagarh, Balasore, Bhadrak, Deogarh and Nuapada districts recorded admission this academic session.

According to data available on higher education department’s website, the admission into plus two courses has been held in total 1,590 junior colleges. While 3,53,331 seats have been filled in arts, science and commerce streams out of 4,27,368 seats, remaining 74,037 seats are still vacant.

The junior colleges run either by the chitfund firms or land brokers have been closed following the arrest of the owners in connection with ponzi scam. The chances are there to close other private colleges due to lack of infrastructure in future.