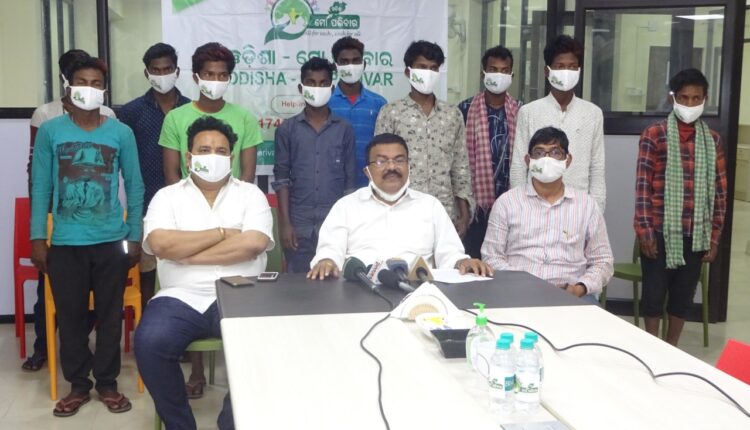 Bhubaneswar: As many as 11 migrant workers from Odisha’s Mayurbhanj district who were stranded at Palasa were rescued by Odisha- Mo Parivar and sent to their hometowns.

With no work and money, the labourers were left with nothing to eat and forced to starve for few days. After facing various difficulties, they somehow walked 60 kms from Kazipuram to Vijayawada and reached Palasa by bus last night. They faced trouble reaching Mayurbhanj, since they had spent all their saved money travelling from Telangana to Palasa.

Upon their arrival in Berhampur, Panda provided food along with accommodation. Odisha-Mo parivar reached out to Durga Prasad Mohanty, Social Worker and requested him to provide logistical help in brining the labourers from Berhampur to Mayurbhanj. The workers then arrived at Odisha-Mo Parivar headquarters in Bhubaneswar from Berhampur. They were provided logistical help by Odisha- Mo Parivar so that they can reach their hometown safely.