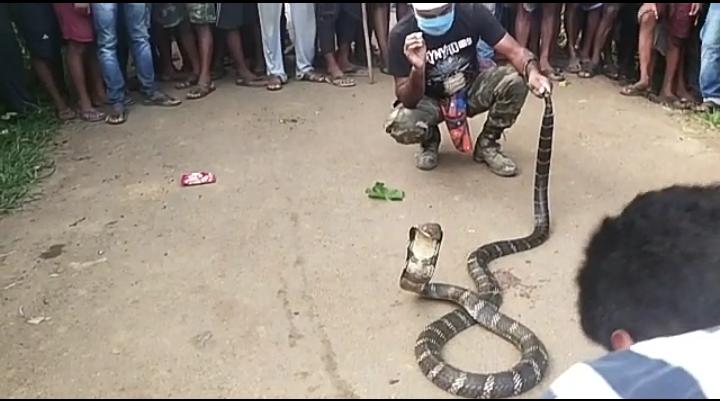 Balasore: A 12-feet-long king cobra snake was rescued from a villager’s house in Gadasahi village under Oupada block in Balasore district today afternoon. Initially family members of the villager, Upendra Patra spotted the king cobra near a stack of firewood placed in the courtyard of his house.

After few hours, Seikh reached the spot and rescued the snake. He then released the reptile in Kuldiha sanctuary with the help of Forest personnel.