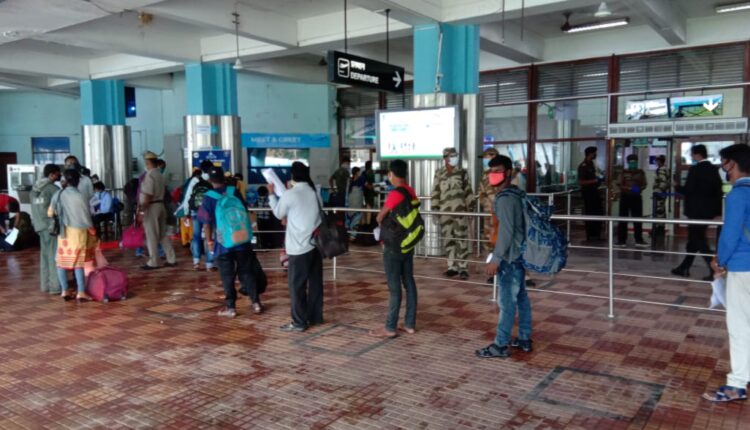 Bhubaneswar: Odisha people stranded in Andaman & Nicobar Islands due to COVID-19 lockdown were brought back to home state by a special flight today.

The teams of officers of Odisha Government have interacted with the concerned officials of Andaman on safe return of the migrant workers, who are brought back to the State.

The State Government made arrangements to bring those workers to the concerned airport by picking up from different islands in Andaman after the returning migrants completed formalities required under the COVID-19 protocols.

Worth mentioning, Odisha Government has undertaken a mission to safely bring back all the migrant workers stranded in different parts of the country. More than 3 lakh migrant workers have been brought to Odisha by Shramik Specials and many have returned by buses.

However, the persons stranded in remote parts from where railway services are not available and also travelling on road is not possible, the government has decided to bring them by air service. As per the decision, more than 600 persons have already been evacuated by air from the states like Manipur, Tripura, Nagaland, Meghalaya, Assam, Himachal Pradesh and Jammu and Kashmir.

The mission will continue till all migrant workers return to the State safely, the release stated.