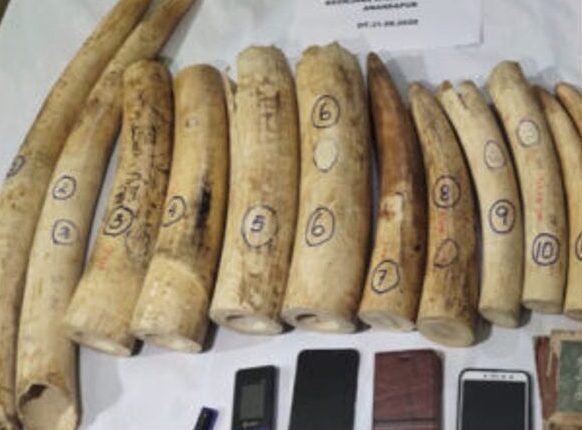 Keonjhar: Forest Department officials seized around 19 kg of elephant tusks from a car near Bayapita village under Harichandanpur police limits in Odisha’s Keonjhar district last night and arrested three persons in this connection.

According to reports, the officials, acting on a tip-off about the smuggling of the tusks in the car, chased the vehicle and intercepted it near Bayapita village.

On searching the car, the tusks were recovered from the vehicle. The accused are being questioned to ascertain the possible involvement of others in the offence.