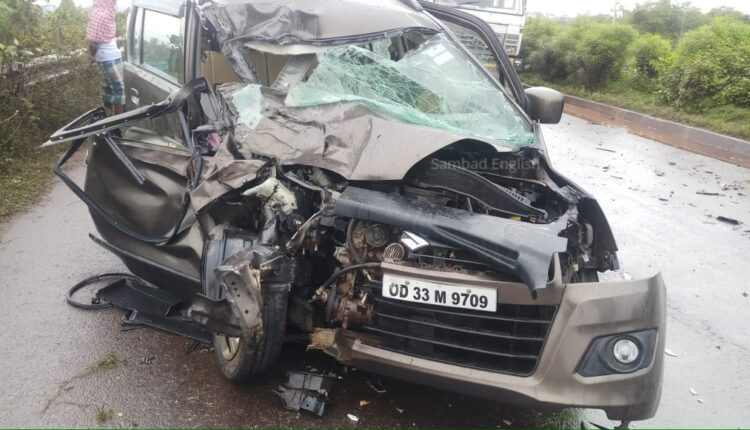 Jajpur: In a tragic incident, two persons died and another sustained critical injuries as the car in which they were travelling and a truck collided head-on on NH-16 near Mukundabindha village under Panikoili police limits in Odisha’s Jajpur district today.

Till last reports came in, identities of the deceased were yet to be established.

Police have seized the car and the truck, and started investigation into the incident.