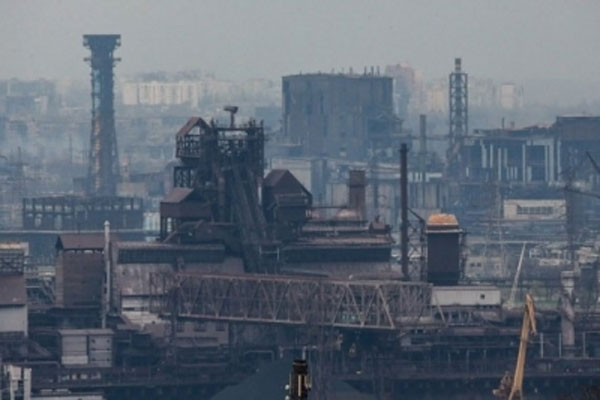 Kyiv: At least 20 civilians were evacuated from the Azovstal steel plant in Mariupol, the last stronghold of the Ukrainian troops in the besieged southern city, according to media reports.

Taking to social media late Saturday, Sviatoslav Palamar, deputy commander of the Azov Regiment, said: “We have transferred 20 civilians, who were rescued from the rubble, to the agreed location. These are women and children. We hope that these people will go in the agreed direction, namely Zaporizhzhya,” Ukrayinska Pravda reported.

He also claimed that “both parties are maintaining the ceasefire” in the area.

The Deputy Commander informed that the “Azov Regiment is carrying out a special rescue operation in which we are rescuing civilians from under the rubble. We hope that the process will continue and we will be able to evacuate all the civilians”.

Regarding the injured persons, Palamar acknowledged that there were people who need medical care, “but we do not know why they are not being taken away and there is no question of their evacuation to the territory controlled by Ukraine”.

“I emphasise that we are asking for a guarantee for the departure not only of civilians, but also our wounded servicemen who need medical care.”

Speaking to Ukrainian media, a serviceman said that most likely, several wounded personnel may die because the medics have no operating room, equipment and medicines, reports Ukrayinska Pravda.

The 20 people evacuated on Saturday are the first group to leave the plant since Russian President Vladimir Putin ordered the vast industrial area sealed off last week, the BBC reported.

Talks are ongoing about freeing the reported 1,000 civilians still trapped inside.

Mariupol Mayor Vadym Boychenko told the BBC that people trapped in the plant were “on the borderline between life and death”.

“(People) are waiting, they are praying for a rescue… It’s difficult to say how many days or hours we have to save their lives.”