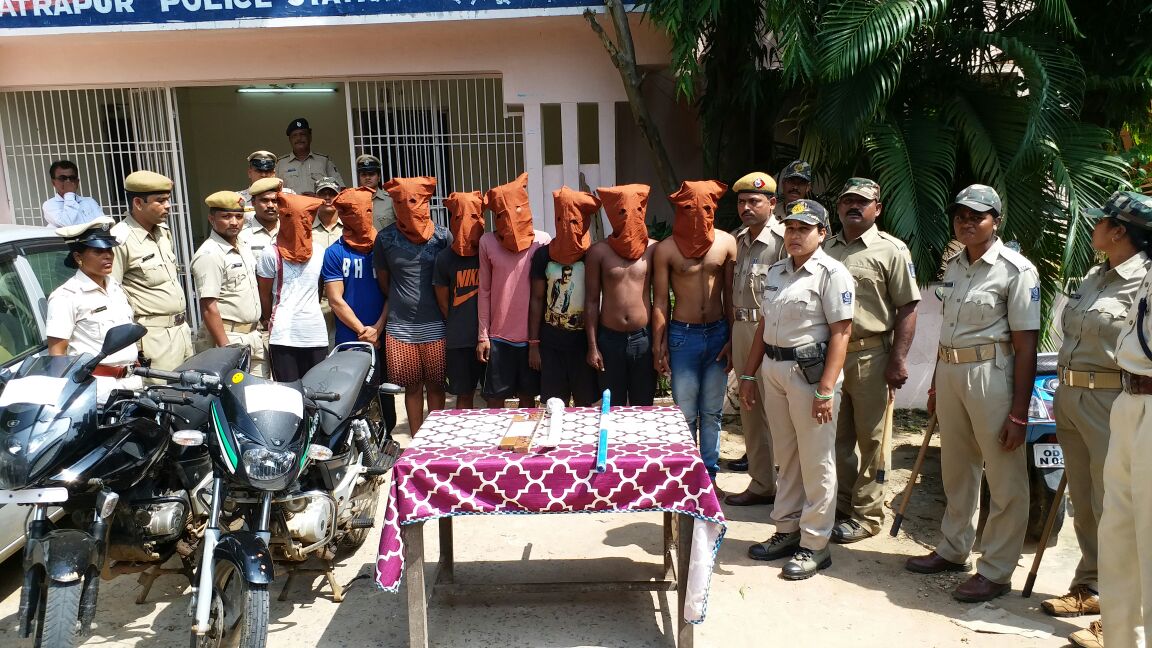 Berhampur: Odisha police have arrested eight persons for their alleged involvement in the murder of Laxmidutta Pradhan, councillor from ward no.6 of Chhatrapur Notified Area Council (NAC) in Ganjam district and a BJD youth leader.

Informing about the development at a press meeting today, Ganjam SP Ashish Kumar Singh said the incident was a “well-planned conspiracy followed by brutal attack.”

The murder was a fallout of past enmity, the police official said.

“Out of the eight accused, we will seek a 5-day police remand of four persons from the court,” the SP added.

Also read: Chhatrapur Councillor murder: Which accused did what on the fateful day.

Police have seized one sword stained with blood used in the crime, one broken wooden baton, one plastic pipe, two bikes, one scooter and a car from their possession.

The accused had escaped from Chhatrapur to Bhubaneswar through Mardakote in the car after committing the crime, police said.

Notably, the BJD councillor was hacked to death by a group of armed miscreants on September 16 while he was sitting in front of his house in Suryanagar with some students.

‘Newton’ is India’s official entry for the Oscars: Rajkummar Rao